You guys!! It feels like it’s been FOREVER since we’ve talked… I’ve missed you!! I had ever intention of getting this post up last night, but a traffic jam that caused an hour ride home to be 3 hours had me all sorts of screwed. But more on that later, let’s start from the beginning!

Our weekend began on Friday with Date Night. It had been a loooong, stressful week and I was excited to spend some time with this handsome guy! 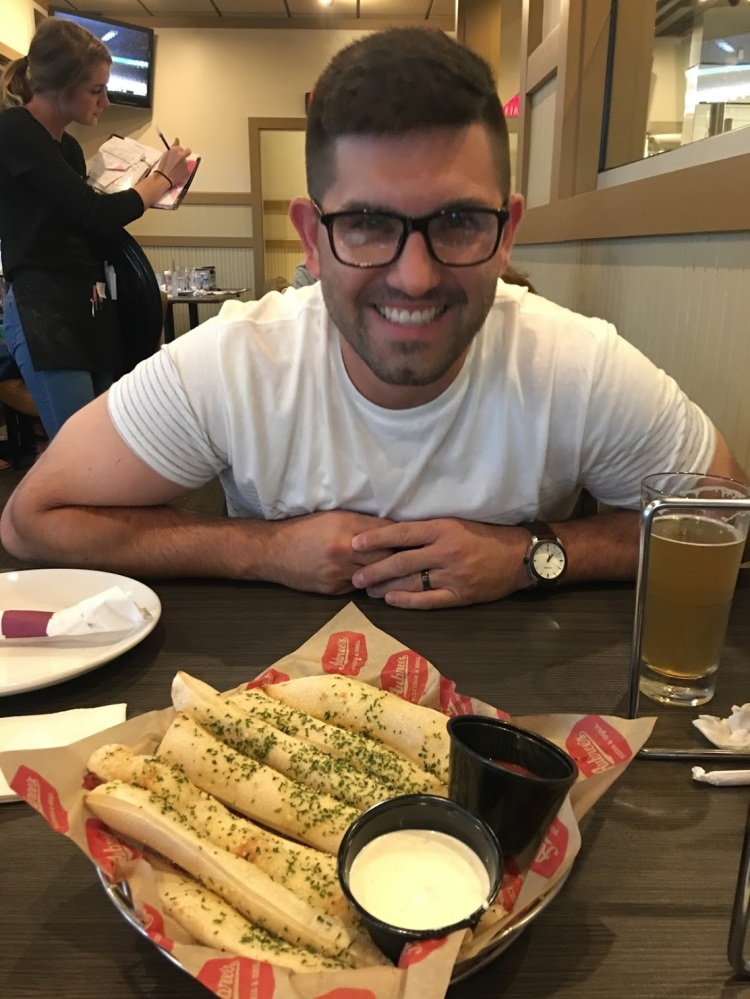 I ate my weight in Aubree’s bread and pizza, as we talked about our weeks and compared college kids and 5 year olds. (You’d be surprised how many similarities there are. HAHA)

After dinner we did the ultimate date night activity… went to Target. I finally got Whiskey in a Teacup! (I LOVE it so far!)

When we got home I tried out a new sheet mask (I’ll tell you about it on Wednesday. It’s SO good and from the drugstore!), watched The Office and went to bed.

Saturday we were up early to get a few errands done before a long day of athletic events. The best errand?! Heading to Best Buy where I finally got a new phone! I mean… this picture quality is ON POINT.

Right after Best Buy we headed to U of D! Trev’s men’s soccer team had a game, and the Lacrosse teams were having a big reunion. They had two alumni games that were being played. Luckily, we had a gorgeous day to be outside all day!

The best part of the day was the fact that all his old athletes were there and we got a chance to chat with them. It’s so cool to see how big of an impact my hubby makes on his athletes lives, and how much they all adore him! Also. They had shawarma from Bucharest Grill so I was just really happy. 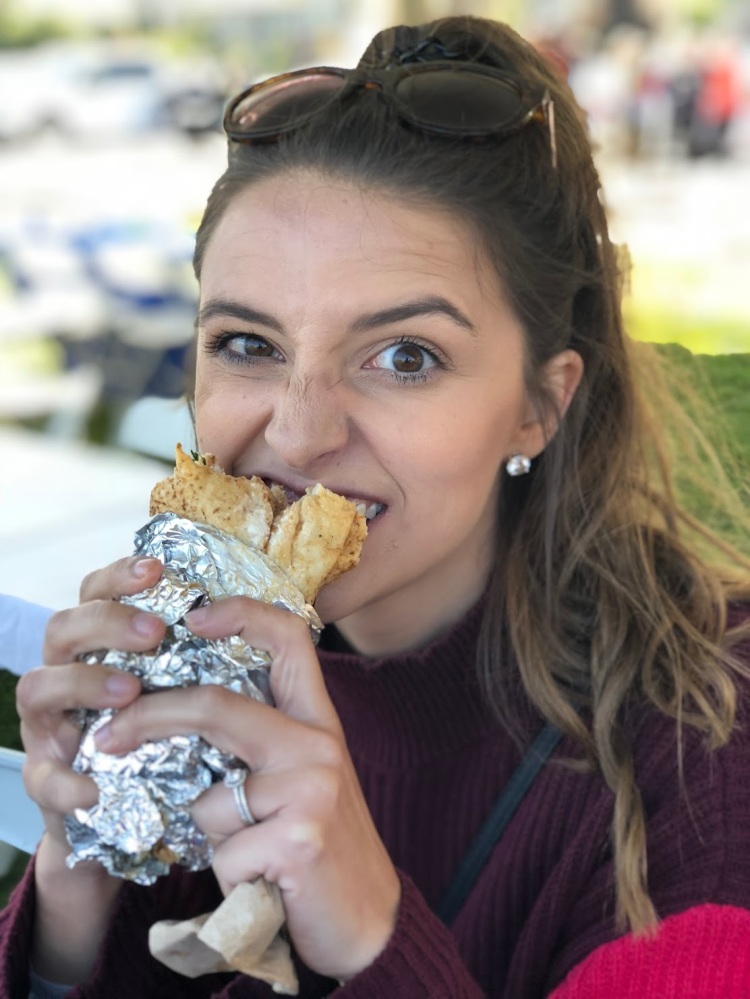 After the games we headed with Trev’s boss to Axle Brewing for a quick drink before heading downtown for the Alumni Lacrosse Mixer.

(Nick wanted to be blog famous…. so here ya go Nick! Welcome to the blogging world! LOL)

We got home super late, and had to be up early the next morning! Sunday we woke up and Jackson had a photo shoot. 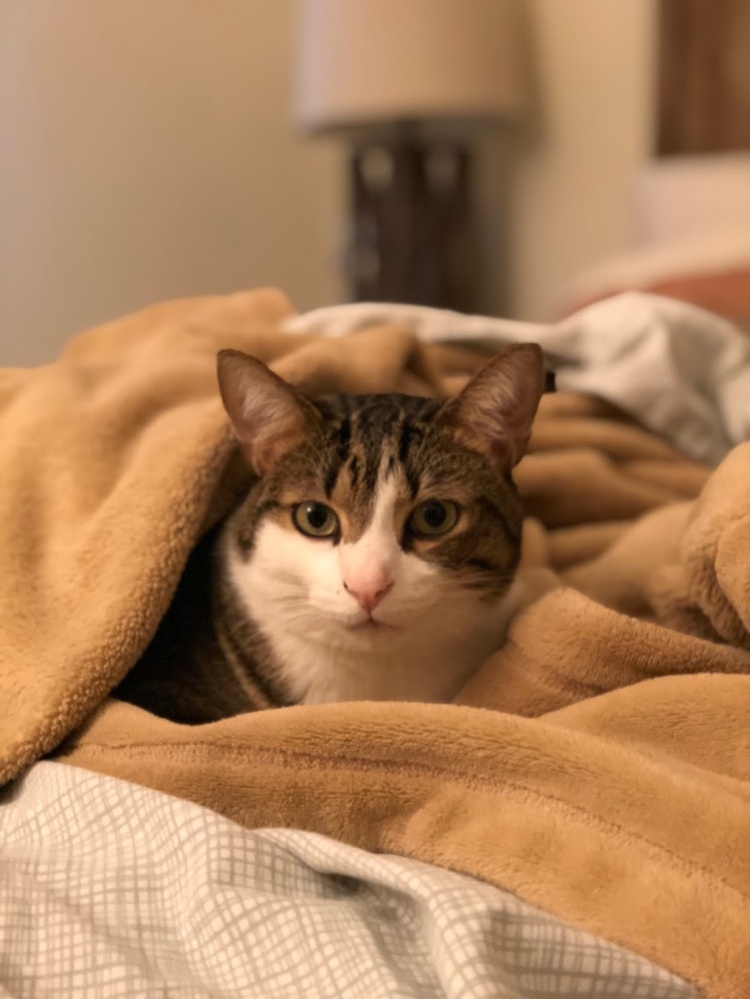 JK. My new iPhone just took my cat pics to the NEXT LEVEL.

We headed down to Blissfield to celebrate my birthday with Trev’s family. But before my birthday lunch we got to take our favorite little pumpkin to my favorite pumpkin patch! (Get ready for cuteness overload!) 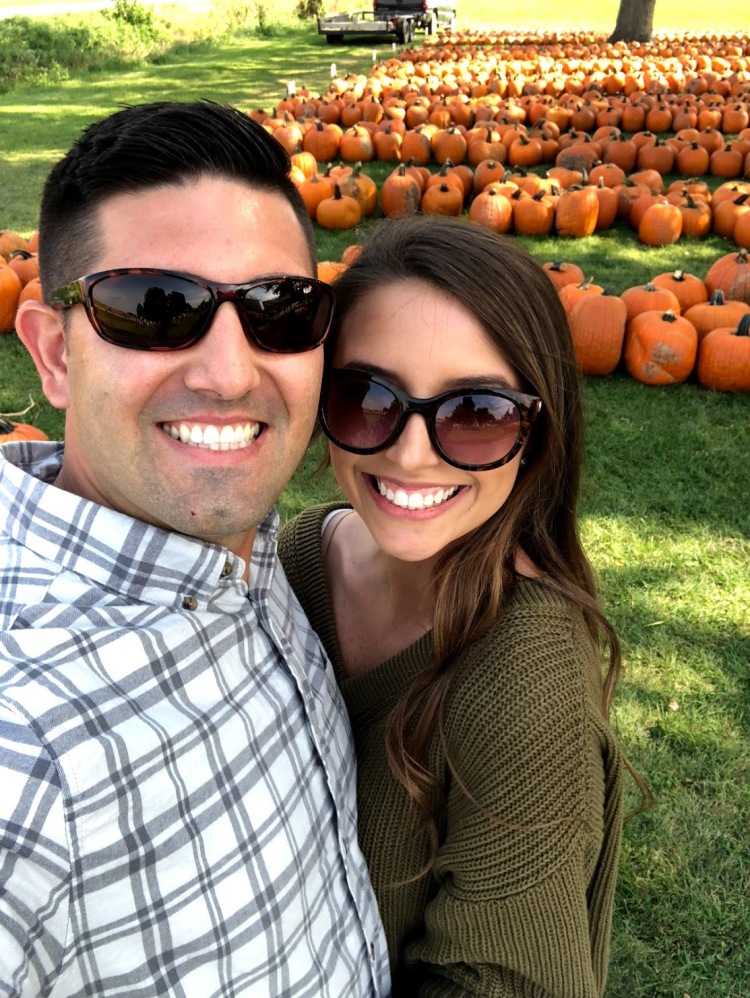 If you’re ever in Southeast Michigan, you’ve GOT to stop by Gusts! You can pick your own pumpkins, U-Pick flower bouquets and veggies, they have yummy treats (like Cider Slushies!), animals to pet, games and of course… pumpkins!

After the Pumpkin Patch we headed to lunch with Trev’s family! After lunch we spent some time visiting before packing up and heading out. We ended up leaving a lot later than we had hoped… and also end up in a traffic jam that made our one hour drive home last THREE hours. We didn’t get home until after 9, and hadn’t done any grocery shopping, meal prepping or laundry.

So I bet you can guess what I have to try to cram into my evening tonight! Fingers crossed I get out of work on time and get everything done before Dancing with the Stars!

How were your weekends?! I hope you did something fun!

Can you believe it’s already October?! I’m literally blown away! I’ve got some fun October posts coming your way, so make sure you’re subscribed to have every post delivered right to your inbox!

I’ll be back tomorrow with another post you won’t want to miss! Happy Monday Everyone!

3 thoughts on “Weekend Round Up (On A Monday!)”